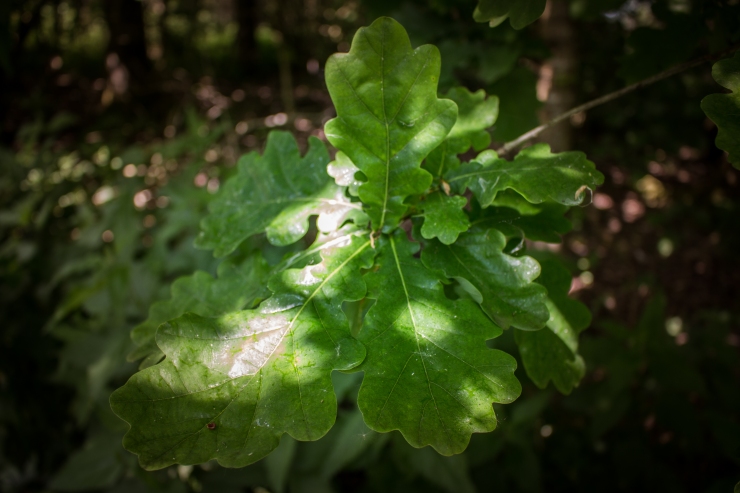 Like a mouldering but still proud old man, Britain’s most famous tree species stands head and shoulders above all others in the national consciousness. The Oak is revered for its strength, its stature and its grizzled, gnarled permanence. From the earliest times, the Oak has been associated with the most powerful gods – with Zeus and Odin – its height – often bringing it in range of lightning strikes – brought it a strong connection with fire, as though its branches, reaching to the skies, were in communion with the very gods themselves. We can only wonder today at how the sight of a mighty Oak erupting in flame as a tempest raged about it must have impressed itself upon the imagination of the people who witnessed it – a people still utterly bound to the natural world, their lives inescapably entwined with the elements. When life and death were so easily at the mercy of these extraordinary forces, we can quite see how these great, powerful trees that stretched into the heavens can have taken on a godlike aura of their own.

Oaks are often known in folklore as the King of the Woods and its myths and personae seem unquestionably male, but in many ways the Oak can also be seen as a mother – a giver of life. No other tree of the British Isles supports such an array of living organisms as the Oak, from mosses and lichens, to insects and other invertebrates to the birds and small mammals that feed on them and ultimately to the higher predators that live on them in turn. Every tree is an ecosystem – a whole world in itself – and that can be no truer of any tree than the vast Oak.

In the 1st Century AD the great Roman historian Pliny the Elder wrote of a Ritual of Oak and Mistletoe that he reported was happening in Britain. Mistletoe was revered by the Celtic people who inhabited the islands and their druids; and none more so than that which grew on the Oak tree. With great ceremony the druids would climb the tree, cut the mistletoe with a golden sickle, throw it from the branches and catch it in a white cloak. Two white bulls would be sacrificed and an elixir made from the plant, which was believed to cure infertility and to counter the effects of poison. In ancient times, mistletoe was seen as magical because it remains green throughout the winter and its mere appearance – an alien lurking in the branches of its host – must have given it an air of great mystery and power.

As a mighty Oak ages, it often enters a “stag-headed” phase, where the highest branches die off and the crown of the tree moves down, the transportation within its vascular network thus becoming easier. As this happens, the circumference of the tree increases and its great girth begins to cause problems for the tree as a whole. The bark can no longer contain its bulk and it eventually splits, exposing the wood within to the elements. Soon, water finds its way in and the tree starts to rot. As the interior breaks down, the outer, living part of the tree then grows roots into itself and consumes the decomposing wood within. The heartwood having long-since died, the tree can sacrifice the strength it gives for its continued life. In the end this process leads to the outer part of the tree splitting into a ring of smaller trees but all still growing from the same old roots. In this way an Oak can live for many hundreds of years.

No other tree has been so extensively used in medieval building and in naval construction. The strength for which it was revered became inextricably linked with a vision of a powerful nation protected under its spreading boughs and still today, while protected from over-felling, it is a highly sought-after wood for many purposes, from framing houses, to building furniture and even to warming us as an excellent firewood. In the wheelwright’s workshop, it was used to make the spokes of a wheel, such was its straight, strong grain and its resilience under compression. From common people who were married under the boughs of Oak trees, to the the royals like Elizabeth who received news that she was Queen beneath one and Charles II who hid in one to evade capture as he escaped the country after Worcester, there is no tree that can rival its complete entanglement in the national imagination. This great living godlike plant is a portal both to the heavens and the vastness of the universe and to the tiny worlds of the minute creatures that inhabit its darker recesses. We would do well to retain the reverence our forebears had for this glorious tree.