When first I arrived in Sussex I did what I always do in a new place, which is get in my car and start to explore. Driving out from Brighton along Ditchling Beacon Road, I soon found myself at the highest point in East Sussex, the Beacon itself, and what a view was laid out before me. Coming from Suffolk, which – beautiful though it is – is not known for its extensive vistas, it was amazing to stand on a point in the south east of England and be able to see so much country at my feet. Over time I would learn what I was looking at. I’d know which hills on the far horizon were part of the Greensand Ridge and which, seen only on the clearest days, were the North Downs away on the edges of London. I’d come to learn about the two Wealds – High and Low –  and how they were formed and I’d start a process of exploration, by foot and by car, that would lead to a truly abiding love for this wonderful corner of England.

Now, there are many beautiful places and areas in Sussex, of course, but the crowning glory of the county, to my mind, has to be the High Weald (there’s a whole High Weald article brewing) and probably the best part of that is the area around Penhurst and Brightling. I must have driven countless times along the lanes around there and paused in gateways, gazing out over the hills, the South Downs a faint shadow on the horizon; almost like a line of low cloud on the edge of consciousness.

This area is not like the eastern parts of the High Weald (which is a fascinating and beautiful region in its own right) with its long, wide, open valleys with high ridges between, topped by the villages so characteristic of the area. Those valleys were carved out by the bigger rivers which empty into Rye Bay – the Rother, the Brede and the Tillingham and their stories are long and intriguing ones, but there are other, smaller rivers and streams that have carved a web of deep, steep valleys into the sandstone rocks, creating a wonderfully complex landscape both secret and dramatic by turns.

Penhurst is a tiny, tiny village. A fine manor house, a church of honey-coloured local stone and a few barns and that’s pretty much it – the rest of this most rural of parishes being made up of scattered farms and cottages. It sits high among the headwaters of a small river that is named as the Ash Bourne on the OS map and which I have also seen referred to as the River Ashbourne in other places. This river doesn’t flow to the east, but almost due south until it leaves the steep valleys and rushing streams of its youth and becomes a slow, deep, winding river known as Waller’s Haven that snakes lazily across Pevensey Levels, before finding the sea via sluices at Norman’s Bay.

After all these years of driving through this wonderful little place, I am happy to have finally parked the car, got my boots on and done some of the real exploration that can only be done on foot.

Penhurst Manor in the distance 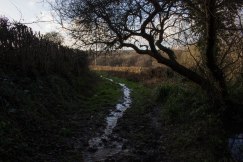 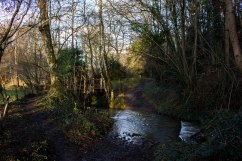 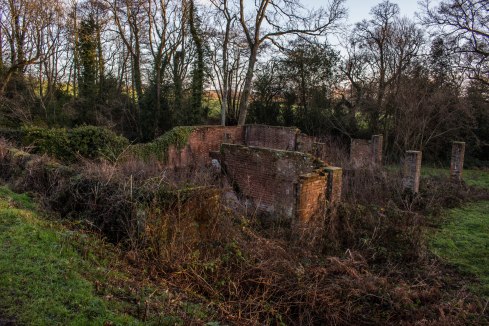 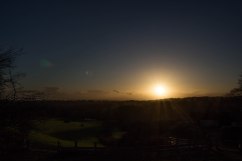